Everyone was bad to Shell.

Here, the first hours of her rescue, she is wondering when the other shoe is going to drop. But it never did.

At a freeway off-ramp in the middle of brush country, there's a gas station and a fast food restaurant surrounded by wilderness. "Shell" came to them both every morning between 6:30 and 7 to hit the trash and inhale whatever edible scraps she found.

She was starving, she even ate the paper sandwich wrappers along with the few french fries they held. She ate a tiny bit, fast, once a day, and then she ran off and disappeared again until the next morning. This went onfor weeks until I drove by for gas and saw her . . . by chance.

I planned on where I would set up my trap to rescue her. But when she showed up that next morning, Shell scampered around my van, sniffing, eating . . . licking the ground where a soft drink or ketchup had spilled. But she never stood still. At least not long enough that I could set my trap.

So I took the bag of cut up hot dogs that I brought for her, and I started tossing them around my van, to keep Shell hanging around while I unloaded the trap onto the road.

And by the time I opened the trap door, Shell was on top of it. I threw hot dogs into the trap and she ran right in and set off the trigger . . . then kaboom! The door came down. I had her in less than three minutes. I think Shell was my fastest rescue ever.

This was 6:30 in the morning. At 7:30 Shell was at our Supershelter hospital, hysterical, trying to get away from us. I chalked it up to her being all alone in the wilderness for a long, long time.

Later that afternoon, our vet called me . . . and it was my worst fear.

Shell had milk! She had been nursed dry when I rescued her, she was dry all morning, but by late afternoon, her milk was back big time! It would be dark soon, and Shell had puppies who were out there in all those acres of wilderness . . . cold and hungry.

Now I knew why Shell was so frantic, and I had to take her back out there. This would be dangerous, she could bite through the leash and get away. So I put two harnesses on her, and steel chain leads that I bought. I put the leads on Shell and I walked with her, hoping she would lead me to her pups. Fat chance! She was so terrified of me that she went in huge circles trying to figure out how to get away.

But that double harness idea paid off fast! Shell did try to wriggle out of them. And when that didn't work she tried biting through the leads . . . but they were steel!

As darkness fell, it also got cold and damp, with a light rain off and on. Shell was still taking me in circles. Her pups were out there. I could feel them huddled together, suffering . . . but there was no way I could find them. What a terrible, aching feeling of helplessness.

Then, out of pure desperation, I did something I never did before. I begged my departed dog Fred to help me. Then, as if guided by another hand, I bent down and I pleaded with Shell . . .

Shell looked at me. No, she looked through me. Then she quickly pulled me across the highway and we started going uphill . . . in the dark.

All my gear, and my heavy jacket, was in the van. All I had was a flashlight, a pillow case, and a cell phone. I was cold and out of breath when the rain started. But all I could think of was those poor puppies, terrified, cold . . . and hungry. I didn't know if Shell was taking me far away from her pups, or if she wanted me to rescue them. I wouldn't know for sure until we stopped.

As we went over one mountain and I figured it couldn't get any worse, she always started up another one. In the dark, hardly able to see Shell a couple of feet in front of me, I just followed along where ever she was pulling me.

Then, after an hour of intense climbing, suddenly Shell quit! 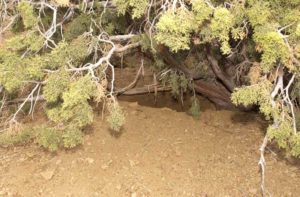 She stopped pulling me and she squeezed under a Juniper tree . . . to get out of the rain, or to catch her breath, I thought. My arm was connected to her with those short leads, so I was halfway under the tree with a tangle of sharp branches in my face. I reached for my flashlight, just to see what a mess we were caught up in.

But when I flipped on that blinding light . . . I discovered the most amazing thing! I literally gasped. I saw the most beautiful, smooth head of a brown puppy looking up at me with those innocent eyes. It was a miracle. This terrified dog had led me to her puppies!

In seconds all four pups were slurping away, loudly. It was their first meal all day! They were in a den that Shell had dug under the tree. I was overjoyed. In the dark, on a hill somewhere above the highway, I thanked my Fred for convincing Shell to take me to her puppies.

One by one I reached in and grabbed the puppies for the trip back down the mountain.

Later, at our DELTA Rescue hospital, we found that they were very healthy considering their ordeal. But Shell was a wreck, her body was weak, and she was starving.

In time, we would build her up and she would be physically fine. But she was traumatized from being abandoned. And people threw stuff at her to keep her away at the gas station when she was searching the trash for food.

Now she was safe, and so were her children. But she didn't know how to take all the unfamiliar love and kindness.

That all happened ten years ago. I played with Shell and her kids the other day and I was bursting with excitement to remind you about them all again. It was a miracle rescue, one which I would have said was impossible. And one I will never forget. In all these years, Shell's kids have grown and played and loved . . . and lived happily. The puppy on the far right, Arco, grew up to be fun loving like the others. But sadly, he had a heart condition and he passed away two years ago.

I'm excited because Shell and her kids are the perfect example of who we are. Please continue the miracles for animals we do not know yet, and for those we already have in our care. Send your most generous gift today.

PS: Now I am going to show you how important you are to this mission. For one slice of time, less than one-third of our sanctuary's life, we have been here for Shell and her family.

As you see them back then, and now, remember that they would have perished in 2001, without people like you.

This is what makes us different from everyone else. . .  we care for our rescues . . . for life. 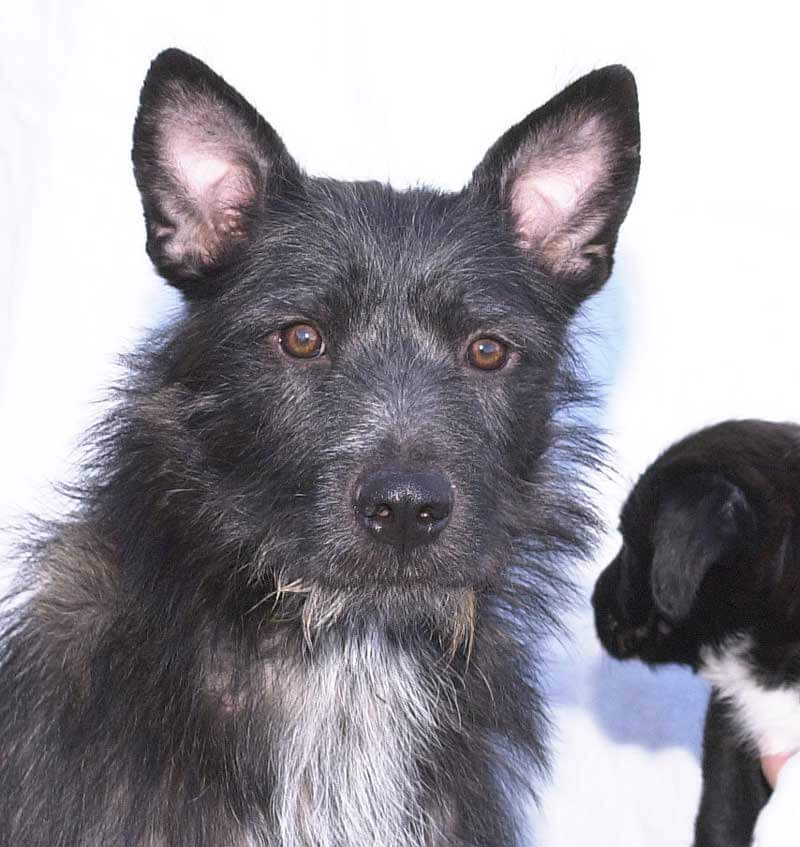 This photo of Shell was taken a few hours after her rescue in the middle of brush country. 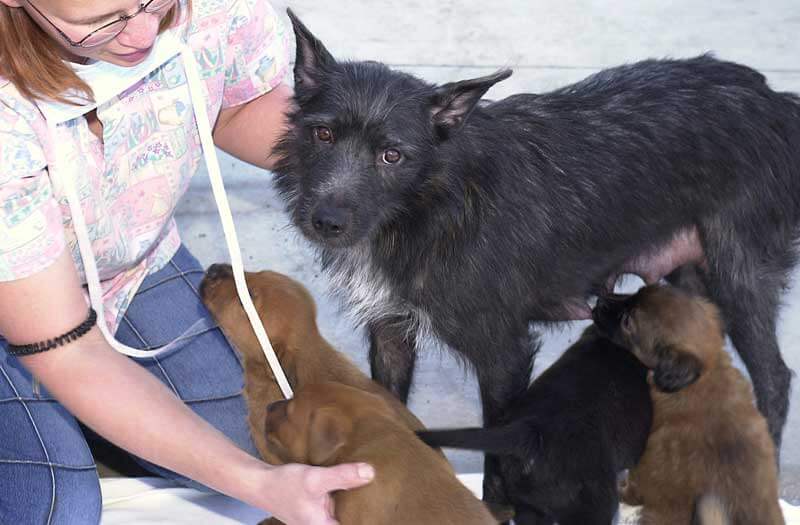 Shell was traumatized from being abandoned. And people threw stuff at her to keep her away at the gas station when she was searching the trash for food. 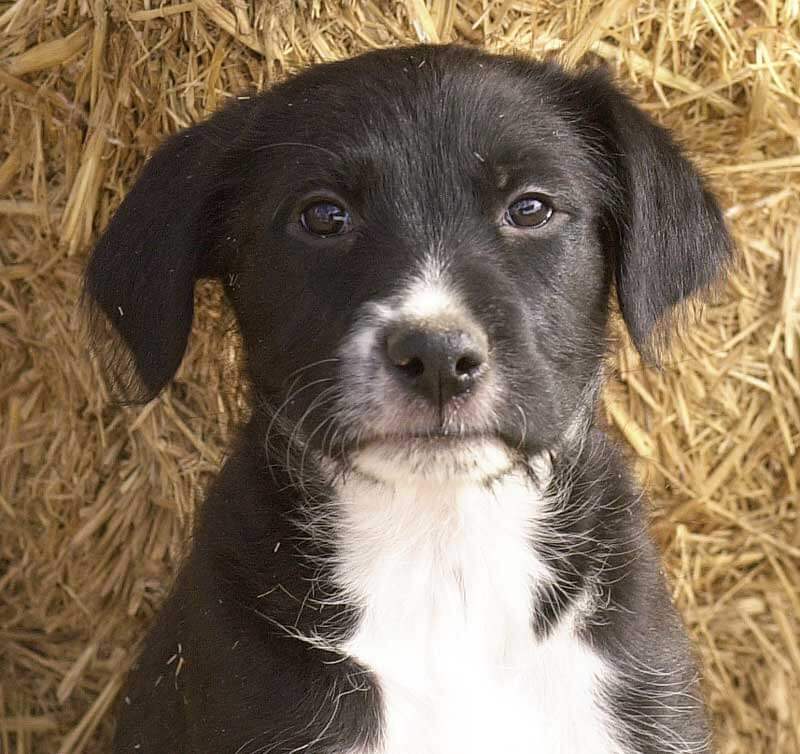 Techron as a worried puppy 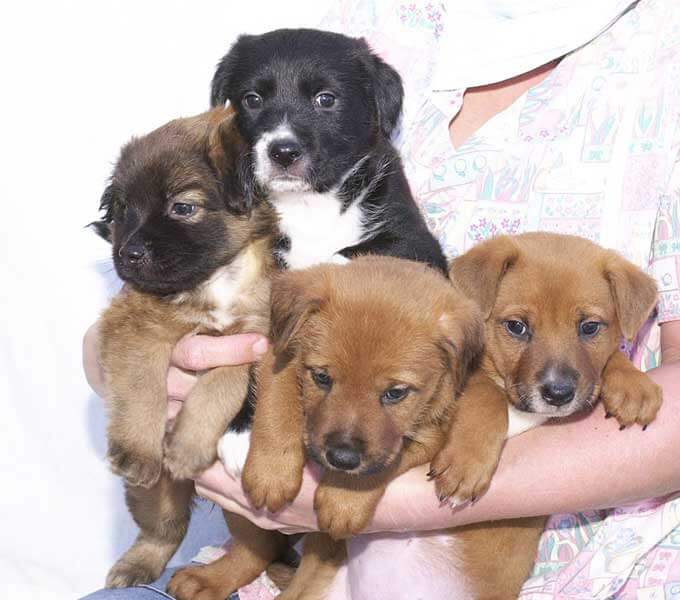 Later, at the DELTA Rescue hospital, we found that the puppies were very healthy considering their ordeal. 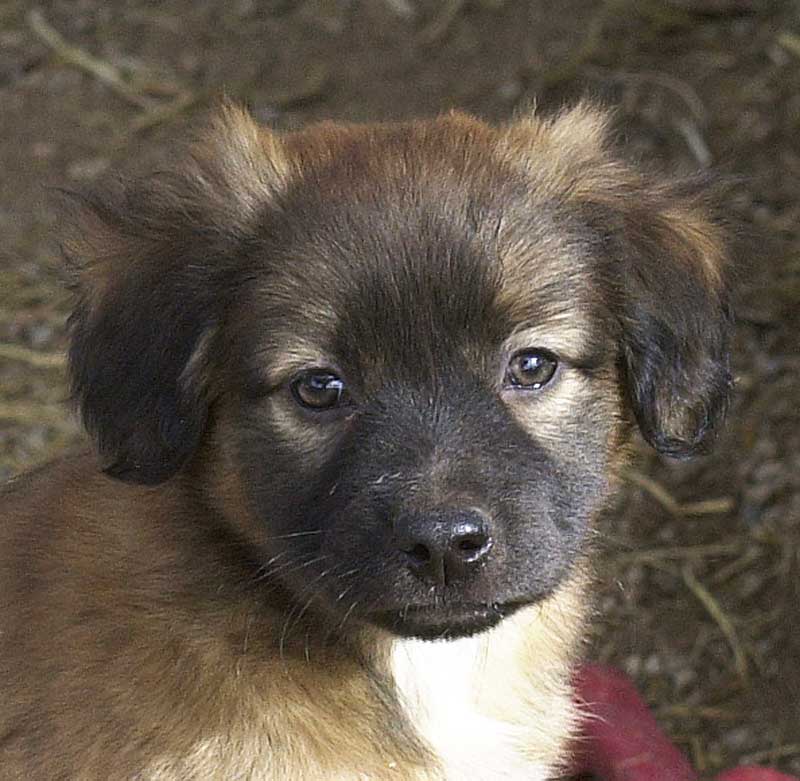 Mobil as a puppy 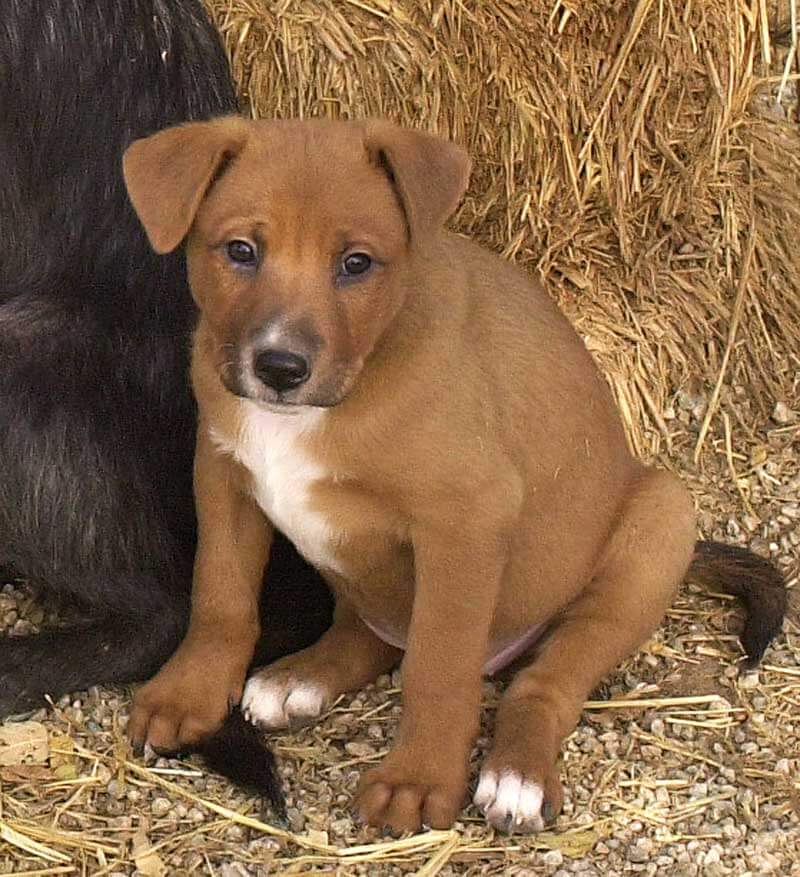 And in memory of this beautiful boy, Arco, who was born with a weak heart that was full of love for 8-years. We miss you. 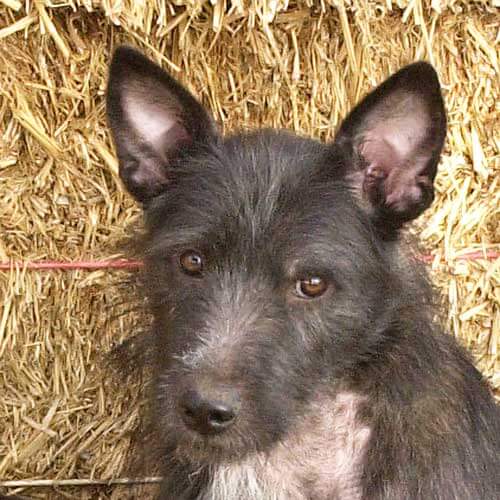 Everyone was bad to Shell. Here, the first hours of her rescue, she is wondering when the other shoe is going to drop. But it never did. 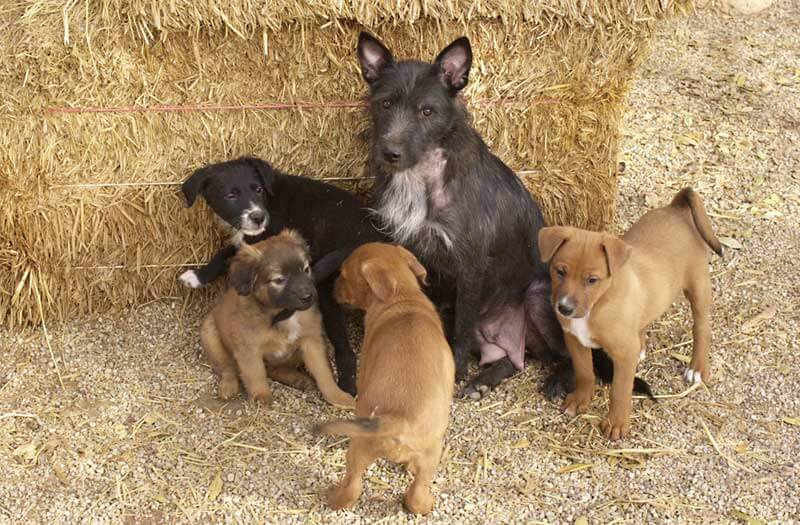 Shell was a wreck, her body was weak, and she was starving. Now she was safe, and so were her children. But she didn't know how to take all the unfamiliar love and kindness. 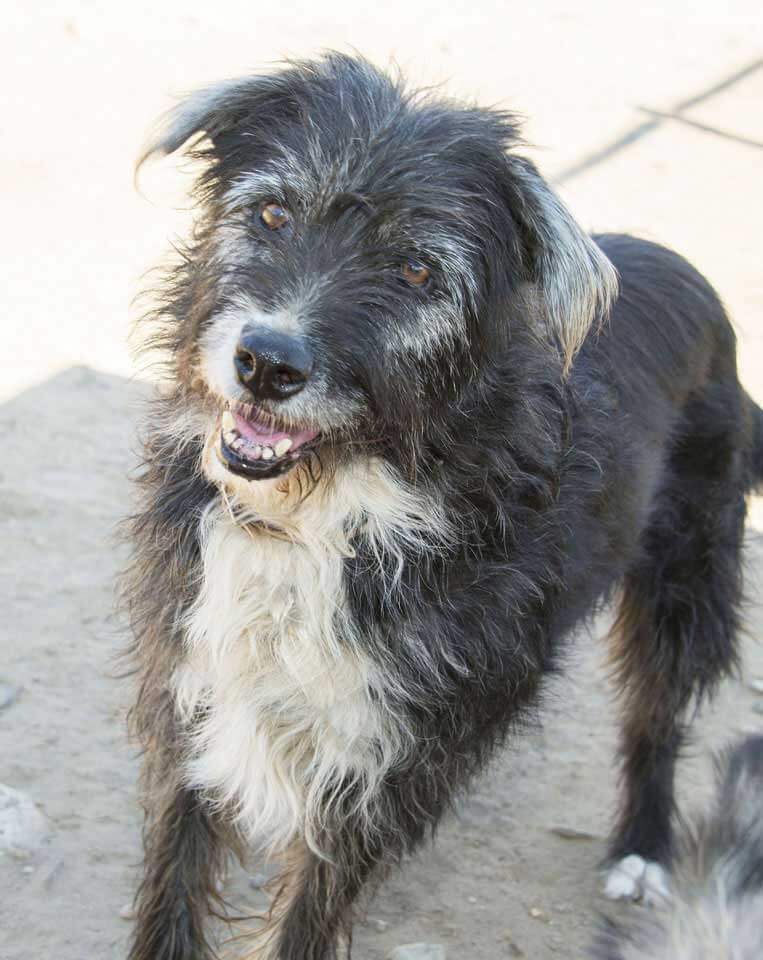 Techron as a worried puppy, and today as a happy and playful large middle-aged dog! A safe and loving lifetime, thanks to people like you. 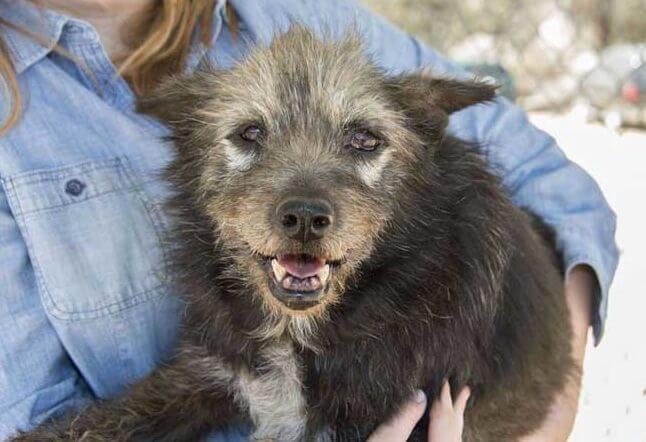 Shell today, at 15. An appreciative old lady who thanks us every day for her miracle rescue. 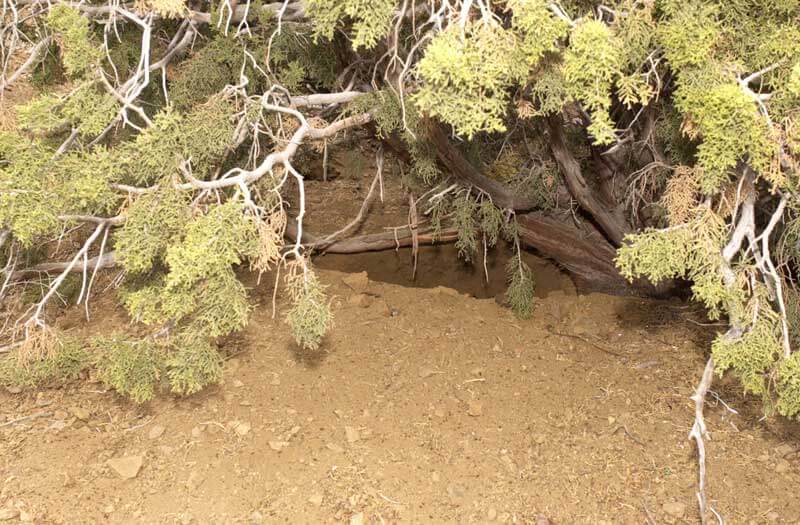 It was a miracle. This terrified dog had led me to her puppies! 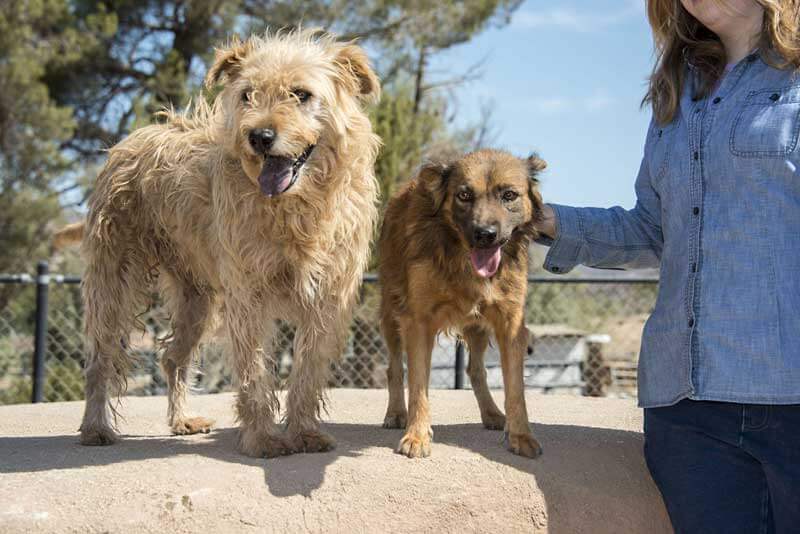 Mobil on the left and Chevron on the right, is who these girls have turned into!